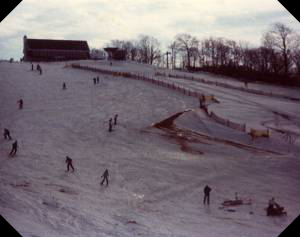 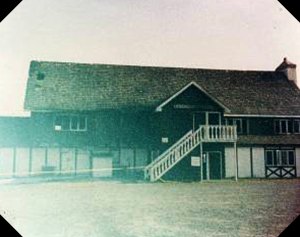 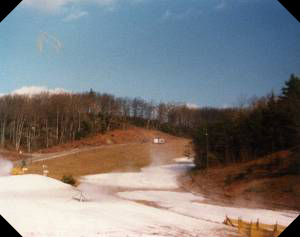 Cascade Mountain Resort began in the early 1970’s by a local man, Dewey Belton, as planner and developer. The vision was to develop an upscale recreational and residential gated community.

Skiing, horseback riding, swimming, tennis, and other recreational activities were planned as benefits for the residents.

Originally, there were approximately 900 parcels that were designated as available lots; however, some were not suitable for building due to road intersections, rock mass, and elevation drops. Altogether there were around 650 viable building sites when the site plans for development was completed.

Initially, all roads were gravel surface except for a short section of the main road, Cascade Trail.

As sales occurred and the community began to develop, Cascade Mountain Property Owners’ Association (CMPOA) was formed in May of 1973. CMPOA membership was extended to all lot owners and residents.

In 1974, Belton and the other developers were relieved of all functions pertaining to Cascade Mountain Resort as North Carolina National Bank (NCNB) took the reins to finish the construction and the sales and marketing effort. NCNB completed the ski facility, service buildings, motel, stables, tennis courts, pool house, well pump houses, the base ski lodge, and the Liebenschuss Lodge, predecessor of the current ‘Summit Haus’.

The Liebenschuss Lodge was built as an upscale restaurant for the resort and its motel guests and residents. The upper level boasted formal dining and could seat up to 150 guests. It was well appointed with heavy drapes, red carpeting and tablecloths. Food was served from the lower level kitchen by utilizing the large circular staircase connecting the lower and upper levels of the lodge.

The lower level housed the kitchen facilities and a resting and warming area for skiers and guests of the resort where they could enjoy hot cider with cinnamon, cocoa, coffee, and soft drinks. There was also a bar and a dance floor.

Through 1980, the NCNB continued a viable sales effort until most of the lots were sold. During this time, the bank continued building and improving the roads and installing water lines. Water was now available to every lot and fire hydrants were located at strategic locations all over Cascade Mountain.

As the development neared completion, NCNB made preparations to divest itself of the resort and transfer some ownership to the POA. As a result, the POA received title to the tennis courts, roads, water system, pool and pool house, and playground, on December 31st, 1980.

The ski facility continued to operate independently as did the motel, lodge, and stables.

In 1984 the Liebenschuss lodge burned due to faulty wiring. It was rebuilt as the Summit Haus in time for the winter ski season.

The ski resort had four runs: a novice or ski school slope named “FlatFoot,” an outside beginner/intermediate run of 3000’ known as “FancyFree,” an inside intermediate 2500’ fun named “Express,” and the advanced 2250’ run called “Zuma.”

At the bottom of the slopes was another lodge known as the “SnowShed.” It housed ticket sales, equipment rentals, the ski school, a snack bar, and the ski patrol office.

Due to lack of natural snow and warmer winter temperatures, the ski operation closed in 1985 and the ski equipment and snow guns were sold to the Hawk’s Nest owners in North Carolina.

In 1989, the Cascade Mountain Property Owners Association purchased the remaining properties, including the Summit Haus, the ski slope, the SnowShed lodge, the stables, Otter Lake and other green areas.

In 1995 the guard house moved to its present location. This allowed guests access to the motel but not entry to Cascade Mountain Resort. The motel, owned and independently operated, continued in this manner until 2007, at which time it was sold.

The CMPOA today is still healthy and thriving. It continues to protect and insure quality living in a safe and secure environment. The CMPOA serves all property owners and residents.